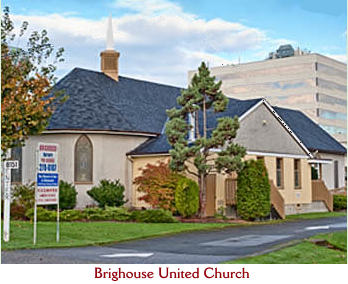 About the United Church of Canada

After several decades of discussion and planning, the United Church of Canada came into being on June 10, 1925. At the time, all of the Methodist churches in Canada, 70% of Presbyterian Churches in Canada, and all Congregationalist Churches joined to form the new denomination as a sign of Christian unity and as a practical way to eliminate duplication of services as well as to enhance the work of the church across the country. The United Church's 'motto' was taken from the Latin 'Ut Omnes Unum Sint' -- 'That All May Be One' -- a quote from John 17:21, where Jesus prayed that all of those who believed in Him would be one just as He and the Father are one.In that same passage of Scripture, Jesus prayed that the unity of love of His followers for one another would be a factor in convincing people that Jesus truly was sent from God, and is Saviour of the world.

The United Church of Canada incorporates aspects of its governance from all of its founding churches. Each congregation has a Council or Board, which is responsible, for the oversight of the congregation's life and work. Oversight of Congregations and ministry personnel is provided by the Region, which is made up of representatives from each congregation and all ministry personnel. General Council, our national decision-making body meets every few years consider important issues facing the church and oversees the life of the church nationally.

The UCC has always taken a strong interest in issues of the day and has sought to express Christian faith in very practical ways. The United Church, for example, took a significant role during the 'great depression' of the 1930's, providing help for those in need. The United Church has also placed great value on the role of women in Church and society, ordaining their first female minister, Miss Lydia Gruchy in 1939.

The Church has taken public stands on various issues, but the beliefs of United Church members spans much of the spectrum of authentic Christian beliefs and practices. There has always been room for diverse points of view throughout the Church, despite official stances taken by our denomination's various governing bodies and committees. 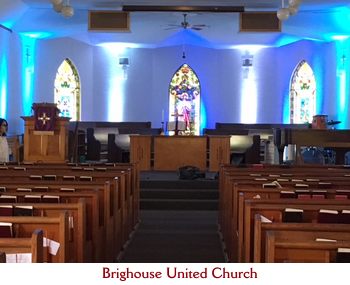 Brighouse United Church in Richmond was officially constituted as a congregation in January of 1926, when they met in the Richmond Municipal Hall for services. Brighouse has been an active congregation which has had an impact on the lives of many people over the decades.

Brighouse United Church adheres to an orthodox interpretation of the historic Christian faith, and upholds the original Twenty Articles of Faith which were part of the Basis of Union of the United Church of Canada in 1925.

Lost during the COVID-19 pandemic. . . and Still Found!

BC Teen Challenge reaches out with a helping hand to the hopelessly lost - regardless!

Wikipedia rolls up its sleeves and dives right in!

Can Atheists be as Moral as Christians?

What Really Gets to Men

Startling conclusions of a group of psychiatric researchers in Saskatchewan

Globe and Mail Report shows that Christian universities are #1 amongst colleges across Canada!

Is Life Better with God?